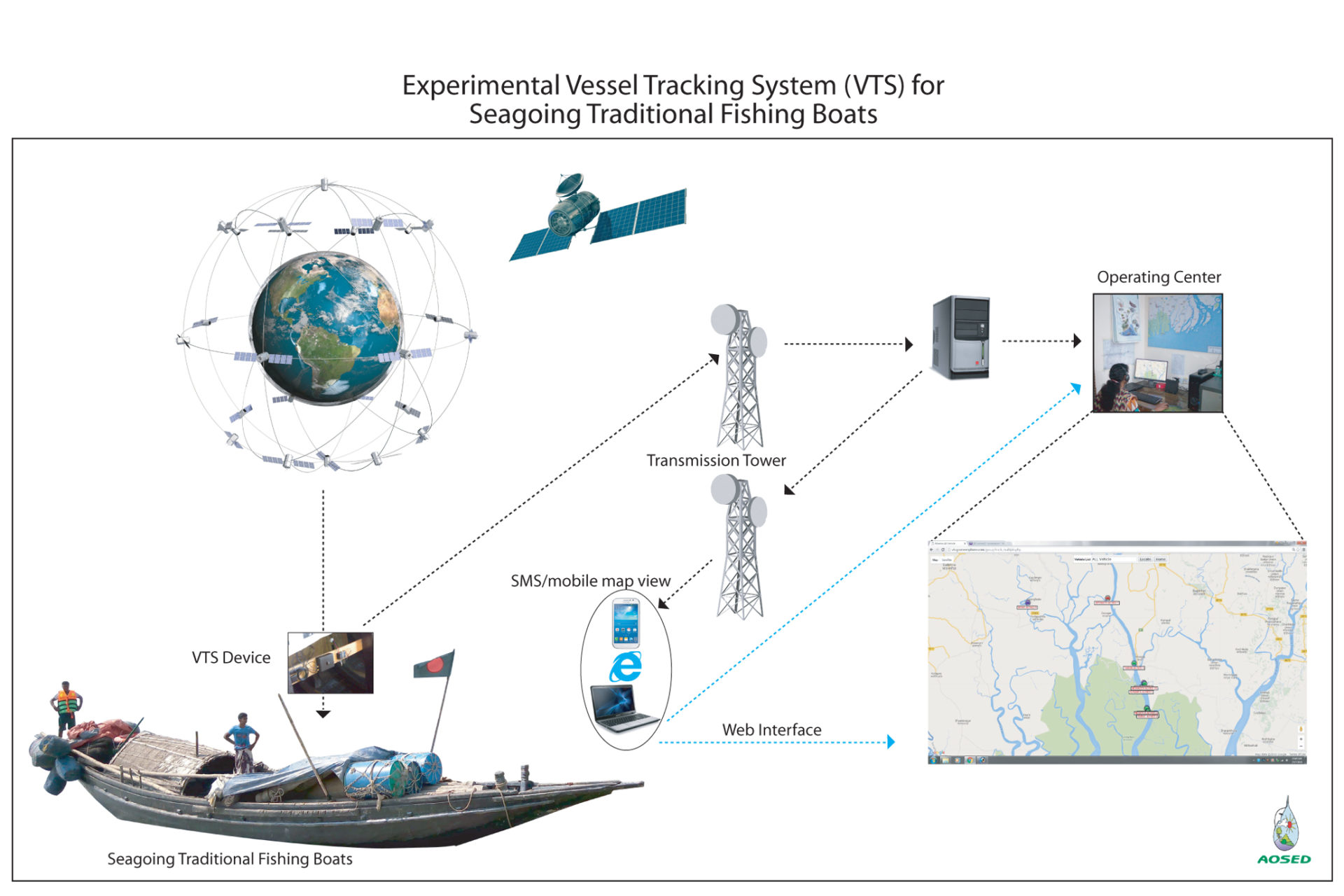 Fishing forms the major source of income for people in the Southwest Coastal Region in Bangladesh. Around 1 million people are involved with fighting in the estuaries and Bay of Bengal. Most fishers are trapped in extreme poverty living in a vicious credit cycle and miserable life. With zero knowledge of disaster preparedness and no access to safety gears, fishers here. Face the most dangerous job. During fishing season, it’s impossible to get any weather information and even harder to locate them in the deep sea. They risk their lives in the cyclone-exposed Bay of Bengal. The increased rate of cyclones and sea depressions has brought more risks. Cyclones associated with tidal waves have claimed the lives and assets of many fishers while survivors have to come back without fish. They have to sell assets to repay the loan taken from the local ‘Mahajans’ (moneylenders) before their trip and involuntarily migrate to urban slums due to dire poverty.

The VTS is a simple tracking device used to track weather conditions while onboard. The unit has 4 parts: VTS, Compass, GPS, android phone, and Central Monitoring Hub stationed in Khulna, the Headquarters of AOSED. There is a monitor that tracks the location of the fishermen. If there is a cyclone, the VTS will transmit a signal to all fishermen and they will be warned of the coming disaster.

AOSED initiated this local solution to build the climate resilience of the fishers in this region.

This innovation aims to significantly reduce the vulnerabilities and sufferings of fishers in the Southwest Coastal Region of Bangladesh in the face of disasters.

Specifically, it aims to:

OUTPUTS OF THIS INNOVATION

VTS was successfully tested in 129 seagoing fishing boats. These 129 fishing boats with 1032 fishers returned safely without incurring any damages to lives and assets. Specific gains are:

The VTS intends to assist up to 20,000 fishers in the Southwest Coastal Region in Bangladesh.